by The Daily Crucible
in Health
0

By Ayobami Ife, Abeokuta
Ogun State government on Tuesday flagged – off  its school deworming programme with determination to de-worm one million school children in public and private schools in the state this November under its Neglected Tropical Diseases (NTDs) programme.
The state government added that it had trained 2,500 teachers, 1,067 community distributors and 400 health workers to ensure it meets the one million target, recalling that 956, 711 school age children were dewormed last year.
The Commissioner for Health, Dr. Tomi Coker, who disclosed this at the flag – off ceremony for the exercise at Owu Baptist Primary School Ita Eko in Abeokuta North Local Government Area, said that the excercise also seek to de-worm about four 400,000 adults in the state’s endemic communities.
She said worms are harmful to the physical and mental development of children by competing for nutrients from food they ate and also lead to poor academic performance.
The Commissioner identified these soil transmitted helminthes and schistosomiasis as two common culprits – worms, saying there are prevalence in 14 and 18 Local Government Area s (LGAs) respectively in Ogun State.
According to her, the diseases occur in areas with poor hygiene, poor environmental sanitation, inadequate or lack of portable water and poor housing conditions. 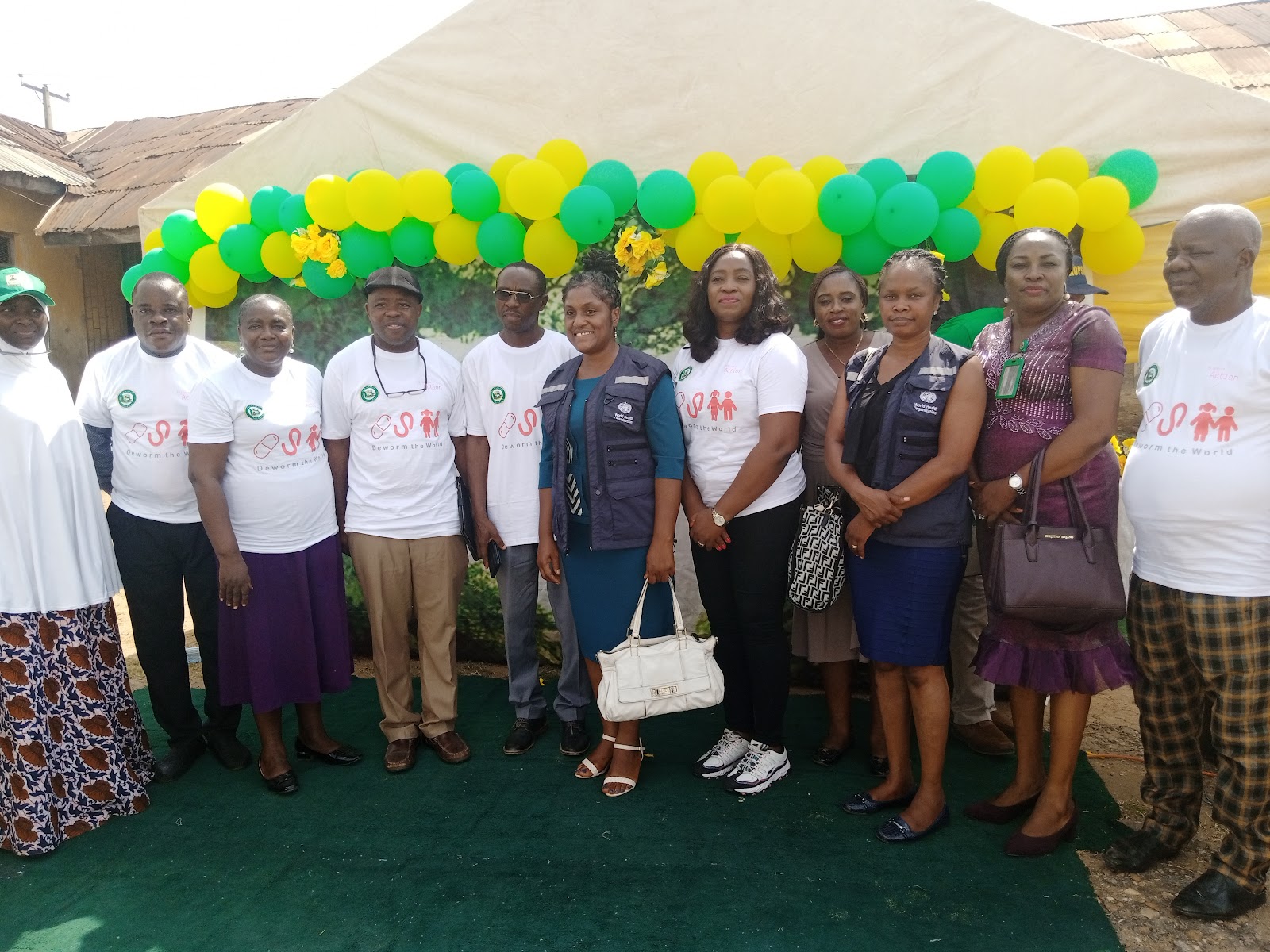 She said children living under such conditions come across these worms through their every day interaction with soil (Soil Transmitted Helminthes) and one of the worms acquired by wadding through water bodies (Schistosomiasis).
The consequences of these worms, she said, include abdominal pain, enlarged liver, shortage of blood, liver fibrosis or bladder cancer, malnutrition, poor mental and cognitive capability amongst school age children.
She also warned that untreated infection with Schistosomahaematobium acquired through contact with contaminated fresh water bodies used by rural communities, particularly women and girls, could lead to a gynecological condition known as Female Genital Schistosomiasis (FGS) with risk of untimely death over time.
She revealed that the biennial exercise would be carried out in 4,223 public and private schools spread across 13  LGAs -Abeokuta North, Ewekoro, Ijebu East, Ijebu North, Ijebu North East, Ikenne, Imeko-Afon, Odeda, Ogun Waterside, Remo North, Yewa North, Ipokia and Ijebu Ode.
She urged residents of the affected areas, parents and caregivers to ensure their wards were de-wormed on any of the de-worming days this November.
She commended the Federal Ministry of Health, Ogun State Ministry of Education, Science and Technology, State Universal Basic Education Board (SUBEB), our ever-supportive Partner- Evidence Action and WHO for their commitment in the fight against NTDs.
The WHO representatives, Dr. Kabakwu Evelyn and Southwest Manager, Evidence Action; Maryanne Edeh, who represented Director, West & Central Africa, in their separate remarks, acknowledged the Ogun State public health activities, especially the integrated approach and hailed the state government and the health workers in the State who work tirelessly to ensure universal health for residents.
ADVERTISEMENT

Anambra: Prove You Can Govern Better Than A Trader, Obi Tells Professor Soludo

These Foods to Absolutely Avoid If You Want Clear, Glowing Skin

Chinese ‘Rooftopper’ Films His Own Death During Skyscraper Stunt

Anambra: Prove You Can Govern Better Than A Trader, Obi Tells Professor Soludo