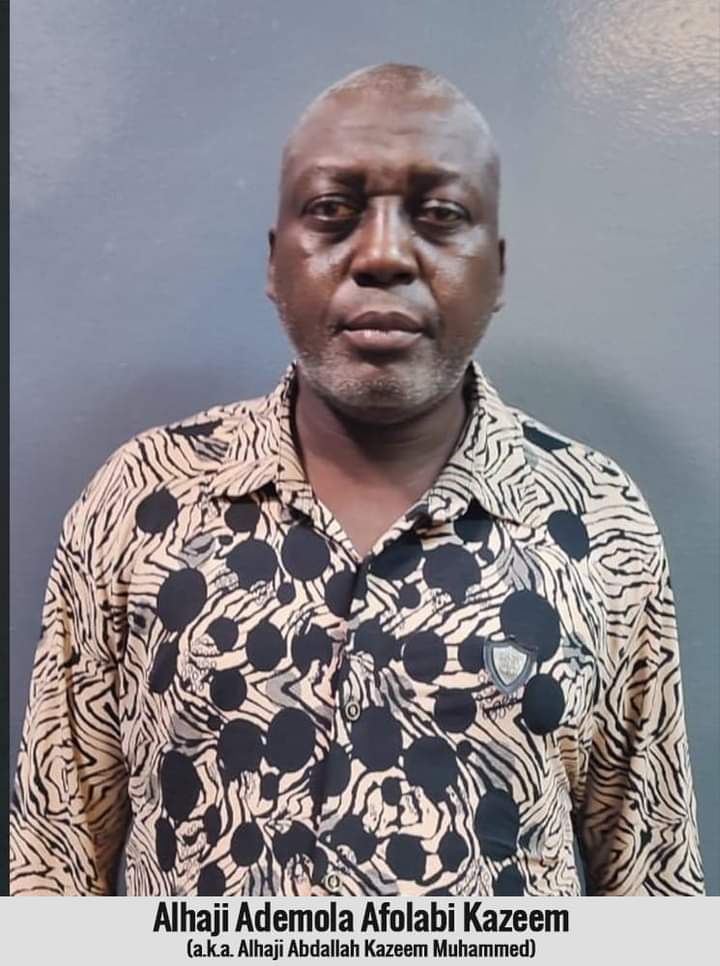 | The Daily Crucible | Sunday, July 13, 2022
Ten days after he was declared wanted, operatives of the National Drug Law Enforcement Agency, NDLEA, have arrested fleeing Lagos socialite and owner of Adekaz Hotels, Alhaji Ademola Afolabi Kazeem (a.k.a Alhaji Abdallah Kazeem Muhammed) over offences bordering on exportation and trafficking of illicit drugs as well as money laundering.
The Agency had on Tuesday 1st November declared the suspect wanted following his failure to honour NDLEA invitations and an order granted by a Federal High Court in Lagos. The wanted drug kingpin was uncovered as the sponsor of some traffickers arrested by the anti-narcotics agency in their recent attempt to export cocaine to Dubai, UAE and other destinations outside Nigeria.
Femi Babafemi, NDLEA Director, Media & Advocacy, made this known to newsmen on Sunday in a statement.
Babafemi said the search for him however paid off on Thursday 10th Nov when he was successfully taken into custody where he is currently being interviewed. His lid was blown open after the arrest of one of his mules, Bolujoko Muyiwa Babalola, a Lagos BRT driver on 27th June at the Murtala Muhammed International Airport, MMIA, Ikeja, when he named Alhaji Ademola Kazeem, alias Adekaz as the owner of the 900grams of cocaine he ingested.  Following Adekazs failure to honour invitations sent to him, the Agency approached a Federal High Court in Lagos with three prayers: to attach and seal his identified properties in choice areas of Lagos island and Ibadan; declare him wanted and block his bank account with a cash balance of Two Hundred and Seventeen Million Naira (N217,000,000.00), all of which were granted. 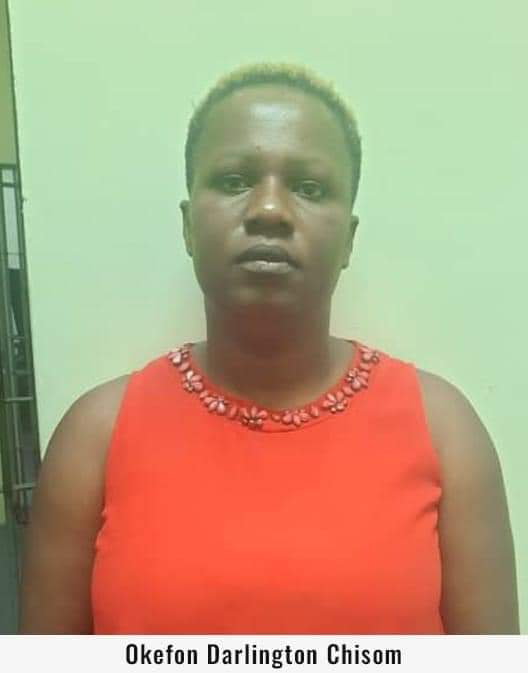 In a related development, NDLEA operatives also arrested a businesswoman, Okefun Darlington Chisom over her links with two Pakistanis: Asif Muhammed, 45 and Hussain Naveed, 57, arrested at the Lagos airport with 8 kilograms of cocaine concealed in a sound system while attempting to board a Qatar Airways flight to Lahole, Pakistan via Doha on Saturday 5th Nov.
An automobile parts dealer, Omeje Oliver (a.k.a David Mark) who was arrested on Monday 31st October in Enugu where he fled to after abandoning his business at Aspanda, Trade Fair Complex Lagos since 16th April in connection with the seizure of 600 grams of heroin concealed inside soles of ladys footwears going to Liberia, has been linked to another drug seizure. A further look at the Agencys database reveals Omeje was also involved in a case of 1.580kg Methamphetamine that was seized from one Victor Nwobodo Friday, who was arrested at the MMIA during his aborted trip to Jakarta, Indonesia on February 6, 2018. Charges have been filed against the suspect at the Federal High Court Lagos in respect of the old seizure in addition to that of the recent one.
Meanwhile, NDLEA operatives attached to the SAHCO import shed of the MMIA Lagos have intercepted another consignment of Tramadol from Karachi, Pakistan. A total of 6 cartons comprising 497,900 tablets of Royal Tramaking brand of Tramadol 225mg with a gross weight of 304.90 kilograms were recovered after a joint examination by stakeholders on Friday 11th Nov.
Operatives in Ogun state in the early hours of Saturday 12th Nov raided a warehouse at Ogere area of Ikene LGA where they seized 273 jumbo bags of cannabis sativa weighing 3,533 kilograms (3.533tons) from a couple, Mr. and Mrs. Jesutofunmi Solomon. This came on the heels of the seizure of 176kgs of C/S at Ogere trailer park on Wednesday 9th Nov and the destruction of 15 hectares of cannabis plantation in Gbamgbam area of the state.
In the same vein, operatives in Osun state have raided a cannabis plantation at Obada sawmill, Owena Ijesa in Oriade LGA where they destroyed 1.2hectares, recovered 2,823kgs of processed C/S and arrested 13 suspects on Sunday 6th November.
In Ondo, operatives seized 78kgs of cannabis from a dealer, Beauty Godwin at Ofosu along Benin-Ore express road, and another 264kgs from Abdul Rasheed Mohammed, and Abdul Rasheed Haruna at Sanusi camp 2 in Owo, while in Rivers state, anti-narcotics officers of the Agency arrested Damion Onuoha during a raid at Elele Alimini community, Emuoha LGA, where he was found with 1.6kgs of Methamphetamine as well as monetary exhibit amounting to six hundred and fifty thousand, seven hundred naira (N650,700.00). A joint operation with the military at Habour road, Port Harcourt City also led to the arrest of Sandra David and seizure of different quantities of cocaine and heroin as well as two million, fifty five thousand, seven hundred and fifty naira (N2,055,750.00) cash exhibit from her home.
In Edo state, operatives located and destroyed 10 clusters of cannabis sativa farms measuring 14 hectares at Igwalor forest, Uhunmwonde LGA where five bags of processed C/S weighing 47.7kgs were recovered, while a raid at Obadan village, in the same LGA also led to the recovery 11 bags of cannabis sativa seeds weighing 399kgs and 34 bags of processed substance weighing 431kgs, bringing the total weight to 830kgs. Two suspects: Enododia Sunday and Osayaba Paul were arrested at the scene.
While commending the officers and men of the MMIA, Ogun, Osun, Ondo, Rivers and Edo Commands of the Agency for the successful operations in the past week, Chairman/Chief Executive of NDLEA, Brig. Gen. Mohamed Buba Marwa (Retd), CON, OFR urged them and their counterparts across the country to intensify the heat on drug barons and cartels.
ADVERTISEMENT